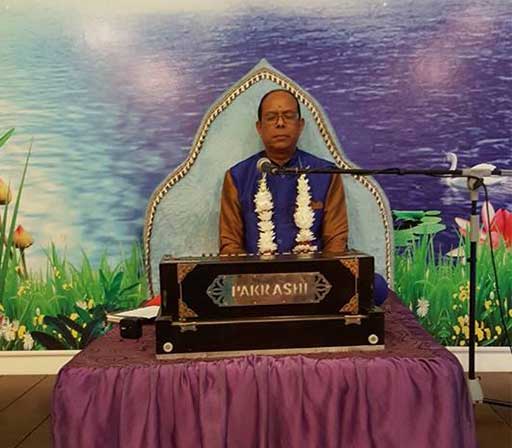 The whole existence is filled with His Compassion; all the treasures of Infinity are already in you. Just feel the Happiness, Love, Peace and Harmony. Come out of your dream world! Stop dreaming! Arise! Awake! Develop awareness! Be watchful, attentive and meditative!

Let Wisdom and Compassion be the virtues of your life. The body is fast asleep (tamas); following the body will be following a blind man. Once you are in tune with your consciousness, anxiety and guilt disappear. Live in awareness and rise in consciousness. We keep worrying over the future and we tend to forget the present, while the present is available. Yesterday is dead. Tomorrow is unborn. Live for today and make today better than yesterday. Your future is a continuous process of the present. If you start right living at this moment, you are enlightened.

I am trying to break your dream and enlighten you every day, through the wisdom of life, yoga, meditation and self-realization. Life is not a problem at all; it is a mystery to be lived and enjoyed. Problems are created by you because you are afraid to enjoy the beauty of life and afraid to live life. Look into the problems and you will find that they are fictitious. Be in love with your body, you will never allow the admittance of poisonous substances in it. Be in love with your senses, they will be under your control. Be in love with your mind, your being changes automatically as well as your actions. Be in love with your intellect, you will understand the Law of Cause and Effect. Be in love with your soul, you will be in the Cosmic Dance. Through regular meditation practices, you gradually grow in spirituality. The divine flame grows brighter and brighter. Meditation provides eternal light. Come and join us in the spiritual army of Consciousness where there is only bliss and love. Peace and Bliss are not found in books, churches, monasteries. My aim and mission is to summon the individual to his own freedom, glory and dignity. Know the science of freedom, the root of bliss and be free!

The Master Dr. Raaj Ittyandeo Appiah was born on the night of Shivaratree of 12th February 1954 in the Sugar Estate village of Rose Belle in Mauritius. The Master exhibited a marked partiality for spiritual life from his early childhood: he would stand firmly against unfounded practices, but would undeniably support and promote the right way of living- dharma. His spiritual awareness further evolved at the age of seven, when he met Swami Venkatesananda, a direct disciple of Swami Sivananda of Rishikesh, at the Rose Belle Hindu Youth Club. In fact, he used go to the Club to learn yoga from Swamiji. 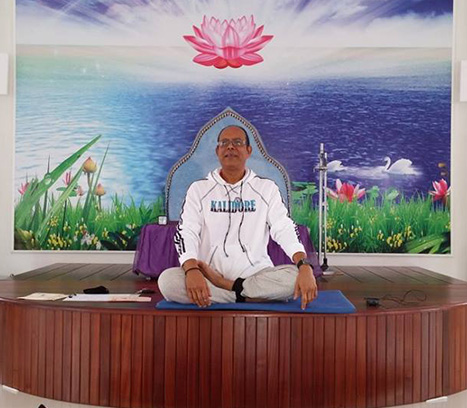 His encounter with Swamiji had marked his life; his inner being was deeply touched and he felt that he had much more to explore in the spiritual field. In his quest for the eternal truth, the Master joined the Divine Life Society and the Sivananda Ashram as life member after he completed his secondary schooling.

He was a very active member and was fully involved in all the activities of the Society and the Ashram. As he set out on this spiritual journey, he had the opportunity to come into contact with several great sages both from India and the Western world. His inordinate yearning for further spiritual knowledge also took him to the Ramakrishna Mission of Vacoas. He stayed there for three years. During his pupilage at the Ashram, he was initiated in the year 1976 by his Holiness Swami Vireswarananda Maharaj, world head spiritual master of the Ramakrishna Math of India.

Two years later, the Master joined the Government Service. Before long he took leave from work and went to Europe to study natural medicine. After having acquired all the necessary skills and experience as a fully qualified Physical Therapist, the Master pursued further studies in Health, Mental and Spiritual Science. Today, Dr. Raaj is a full time Naturopath Physician, an Alternative and Complementary medicine practitioner, a Reiki Master as well as a Pranic Healer. He is also very well versed in Hindu culture and dharma. To share his experience with the world and disseminate knowledge to enlighten people, the Master founded the Brahma Vidhya Yoga Society in the year 1993. The B.V.Y.S stands for the Eternal Science of Wisdom, Yoga and Self-Realization. Being a yoga specialist, Dr. Appiah also teaches yoga and meditation techniques.

The mission and vision of this dynamic founder is to continue with and contribute to the prodigious works of all great Sages and help man to grasp and apply the basic fundamental principles of Yoga in his daily life. His teachings transcend all frontiers and he firmly believes in the saying: “An ounce of practice is better than tons of theories”. Determination, Devotion and Discipline are the keys of success while Ego is the source of all evils. He always preaches Universal love, Peace and Harmony- be thyself and love thyself.